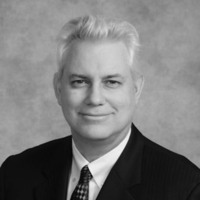 Register for the event here.

AdTheorent is improving the digital world for advertisers and consumers. By way of illustration, consider the following: when a consumer accesses content on a device -- a mobile device, tablet, or laptop-- a content page will render on that device, and that screen will likely contain an opportunity to show an ad, which is called a digital impression.

Advertisers want to know which of these impressions or opportunities to show/serve ads are most likely to yield engagement, conversions, or other advertiser-specified actions by their customers such as credit card signups, online sales, a hotel or airline bookings, whatever action is behind the given ad campaign, the advertiser is trying to drive those actions. They want to buy the media that's going to do just that.

Behind the scenes, there's a marketplace to buy and sell those ad opportunities. It's an auction system that takes place in microseconds. AdTheorent occupies the demand-side platform silo in this ecosystem, enabling advertisers to purchase digital media and digital ad impressions in real time and one at a time.

The key to AdTheorent’s success is that it has transformed how that is done. AdTheorent uses machine learning and data science as its core method of ad targeting and campaign optimization. This contrasts with cookie-based or other ID-based or user profile-based targeting, which focuses more on individual identities and retargeting users and profiles across the Internet. 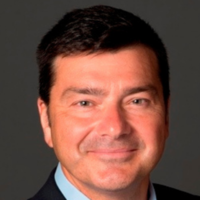 Paul Lévesque has built an enviable reputation in the pharmaceutical industry both here and abroad. He is recognized for his track record at delivering growth.

Paul has worked in the research-based pharmaceutical industry since 1985. He started with Upjohn Canada and then joined Pfizer Canada in 1992. He went on to occupy increasingly senior positions within the organization including Vice President of Marketing in Canada and in France, Country Manager for Canada, Chief Marketing Officer for the US in Primary Care and Regional President in Asia-Pacific for the innovative division of Pfizer. He also assumed the role of Global President for the Rare Disease Unit until he joined Theratechnologies on April 6, 2020.

Paul carries a passion for bringing to patients’ therapies in areas of unmet medical needs and contributes his learnings from his 35 years in the pharmaceutical industry.

Paul holds a BSc in biochemistry from Laval University and a Diploma in Management from McGill University. Jack Hightower is Chairman and Chief Executive Officer of HighPeak Energy. He has over 51 years of experience in the oil and gas industry managing multiple E&P platforms.

Prior to founding Titan, Mr. Hightower served as Chairman, President, and CEO o Enertex Inc., the general partner and operator of record for several oil and gas partnerships from 1991 to 1994. 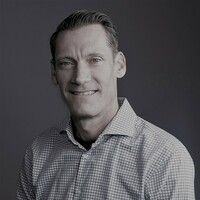 James Lawson is CEO and a member of the Board of Directors at AdTheorent, a programmatic digital advertising leader using advanced machine learning technology and privacy-forward solutions to deliver measurable value for advertisers and marketers. As CEO, James is focused on continuing the company’s aggressive growth, innovation and technology leadership. James has been a part of AdTheorent since its inception, serving in different executive capacities including Managing Partner & General Counsel and Chief Operating Officer. During James’ tenure, the company has grown from a new startup to a publicly traded company and established market leader. AdTheorent’s products and solutions have been recognized regularly with industry accolades such as Frost & Sullivan’s Digital Advertising Leadership Award (six-time recipient), the B.I.G. Innovation Awards, The Drum Digital Advertising Awards and the MMA Smarties. A company that puts a strong emphasis on its people and culture, AdTheorent is also an eight-time recipient of Crain’s Best Places to Work in New York City.

James is an attorney and entrepreneur and has served in executive level capacities with several VC-backed and publicly traded companies. Prior to joining AdTheorent, he co-founded Augme Mobile in 2008, which later became publicly traded Augme Technologies, Inc.

Before turning his focus to technology ventures and emerging businesses, James was a Partner in the Washington, DC office of the law firm McDermott, Will, Emery, LLP, where he represented Fortune 100 companies and growing businesses in both litigation and corporate counseling capacities. James was a Managing Partner of Mogility Capital, one of the initial investors in AdTheorent.

James is a graduate of Bucknell University (1994) and Loyola University Chicago School of Law (1997).

MiFID II rules make provisions for certain content and services to be received by institutional investors without the requirement for payment under the inducement rules.