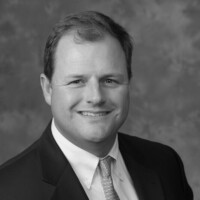 META is at the early stage of what we expect will be a significant growth curve as its technologies are incorporated into many of today’s products in a range of industries. The company’s growing portfolio of technologies, along with its production capabilities, partnerships, and deep patent portfolio, give META a competitive advantage as it works to penetrate addressable markets that are collectively well in excess of $50 billion.

META is an early-stage company with limited commercial sales and considerable spending needs as it commercializes its products. In addition to the challenges of bringing new technologies from the lab to commercialization, it is likely that the company will need additional capital in the coming years. However, we expect any capital raise will be tied to significant future growth opportunities.

META Materials had a large presence at the Consumer Electronics Show (CES) earlier this month, with a booth in the North Hall, in the APMA booth in the West Hall, and in the Innovation Awards Showcase at the Venetian. It also participated in the ShowStoppers @ CES 2023 technology showcase for the media.

MiFID II rules make provisions for certain content and services to be received by institutional investors without the requirement for payment under the inducement rules.